Carson, Jamie and the Sailing Vessel LeeAnn left Seattle, WA on August 23, 2019 to start our adventure of sailing around the world! LeeAnn is a 2000 Beneteau Oceanis 461. We have posted inside/outside tours on our Youtube Channel – Sailing LeeAnn. 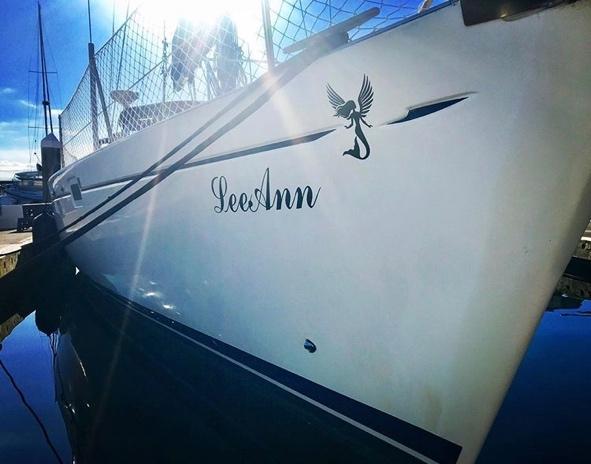 LeeAnn with her new graphics and logo.

Our long-term plans (as far as we’ve planned at least) are to set sail across the Pacific Ocean to the South Pacific Islands of the Marquesas’ with the Pacific Puddle Jump Rally. The plan is to leave in early April and the trip will take around 25 days give or take. Currently we are sitting in the anchorage just outside of La Cruz de Huanacaxtle, Mexico, where we will stay until we “jump” in April 2020. 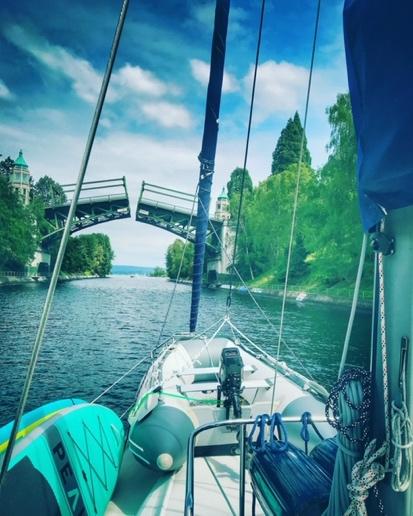 Headed through one of 5 bridges in Lake Union, Seattle

Carson and I met in May of 2016 in Seattle, WA. We both had a major love for sailing, Carson actually lived on his 1970 Cal 25, The Firecracker and I was actively sailing with my friend Brittany on her Catalina 36, Seananigans. Carson and I both shared a love of the water and an obsession with sailing. 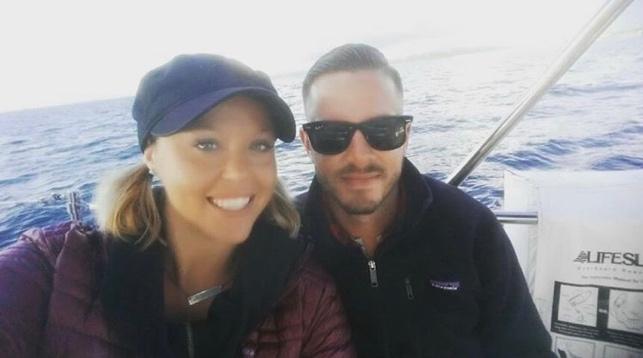 Carson and I took our first picture as a couple on a sailboat, sailing in Elliot Bay, WA

Carson found LeeAnn (at the time she was named Sigao) in a marina in Blane, WA after searching for years for the “perfect boat”. She was in pretty rough shape when he went to see her for the first time but all in all she was a very seaworthy vessel and in August of 2016, she was officially his! And so, began the REAL work… 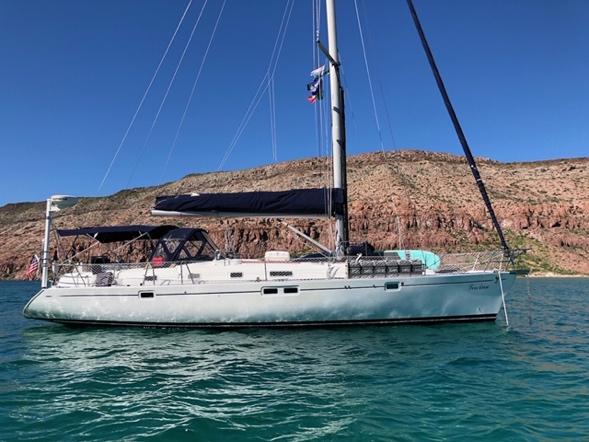 Once LeeAnn was home and the conversation started to get very real about this plan to sail around the world, I decided that I needed to really figure out if this was something I could actually do (live on a boat full time) and if it was something I really truly loved. So, I decided that I was going to buy my own boat and challenge myself in ways I had never even imagined before. One year later…I knew I had a much smaller budget, and that I didn’t need/want anything too big for my first sailboat so I landed on 30ft as a good solid number. I started my search and found “the one” a couple of weeks later in Anacortes, WA. She was a 1977 Newport 30 MkII named Permanent Waves and she was perfect – Or so I thought… 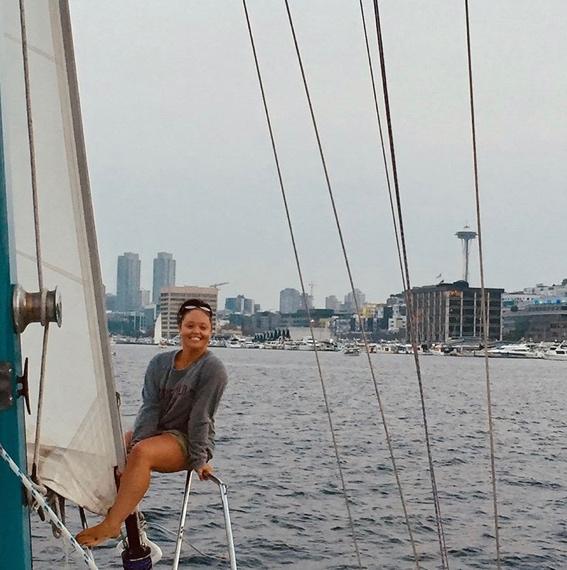 The second day I owned P. Waves, we were on our way down to Seattle to bring her home and my oil supply line chaffed and the engine seized….AWESOME! Thanks to the great people at TowBoat US, I was able to get her home safely and started my next journey of engine replacement. It took me just under nine months to get her running again. It was an extremely challenging time for me but allowed me to really explore the boat and learn to live on her. I became very familiar with the systems and learned a lot about diesel engines (not as complicated as you may think). Even after all of the heartache, tears and frustration, I realized that I was still in love with the lifestyle and knew that what we were planning was exactly what I wanted to do. I look back at this time of my life and I am incredibly proud of myself for taking the leap to challenge and push myself to do something I was, in all honesty, completely terrified to do. I learned a lot about myself and what I am capable of and it gave me a lot confidence to move forward and feel like I was going to be not only a companion but a competent sailing partner in our future sailing life. 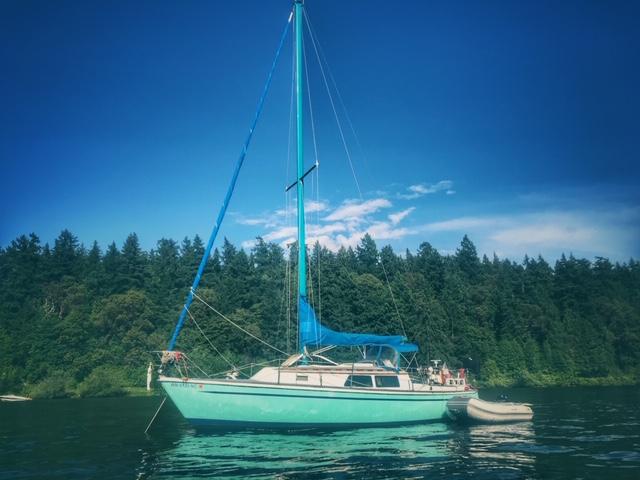 Permanent Waves anchored (for the first time on my own) on my first solo trip to Andrews Bay in Lake Washington, Seattle.

Carson and I worked nonstop for the next three years at our more than full time jobs to get LeeAnn ready for our world adventure. We eventually got both of the boats into the same marina in Seattle and were even able to get them docked next to each other (I know, so cute). The list is quite long and I could go on for days about all of the projects we have done and everything we have replaced on her but we can save that for another time…In being completely honest, I think one of the hardest parts about doing almost all of the work ourselves on the boat was that it was incredibly time consuming which led to a lot of frustration and sometimes a bit of depression. We had to both be so focused on getting everything done while also saving as much money as we could and getting ourselves debt free that we were working every night after work, sometimes in the mornings before work, on weekends, through the good weather and bad on the boat. We had to turn our friends and loved ones down on trip invites, holidays, birthdays, special events, dinners, you name it, we had to say no. We had to make the decisions to stay focused on our longterm goal in order to hit our mark and leave on our target date of September 1, 2019. 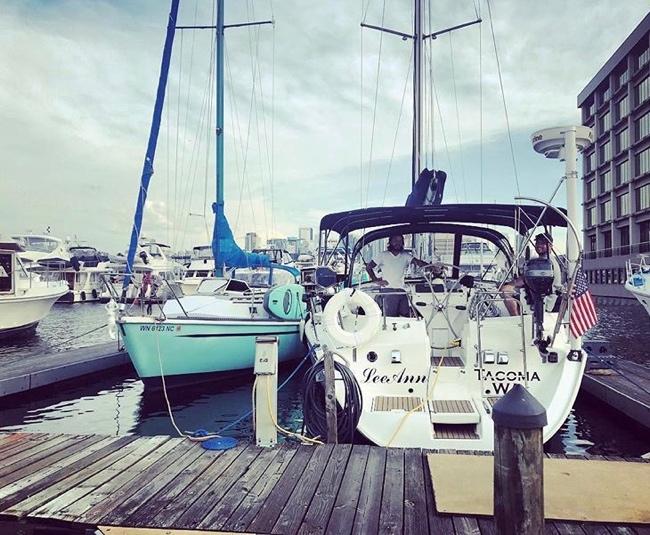 Permanent Waves and LeeAnn side by side in Lake Union, Seattle WA

The next hardest part for me, was to move my cat Marley an eight-year-old Persian that I’ve had since she was just a little baby, to my parents’ house in Florida (thank you Mom and Dad for adopting yet another pet from your children) and then sell Permanent Waves and move on to LeeAnn with Carson. I took Marley down for Christmas 2018, said my goodbye (I was an absolute mess), flew back to Seattle and the next day, moved onto LeeAnn. I got Waves ready to show and within two weeks she was gone. It was an emotional time in that I was selling and giving up everything that I had worked so hard for for so long but had to keep reminding myself that it was all for the greater good and had to happen in order for our dreams of world travel to be possible – “it’s just stuff, its just stuff, Marley is fine, Marley is fine”. 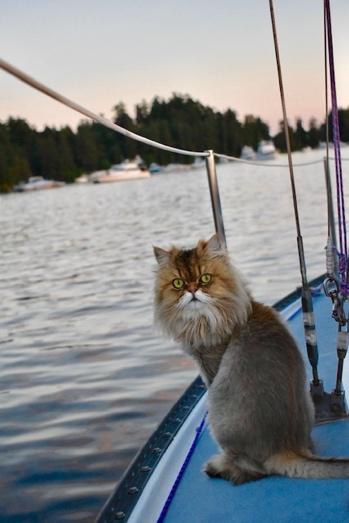 Marley being the cutest nauti-cat on our first solo trip.

Over the next nine months, we were able to cross off all of our “must do’s” before we left and were even able to leave Seattle and head up to the San Juan’s for a few weeks rest before we turned left out of Neha Bay, WA on September 1st. We call this first part of our journey the “Call For Adventure”. You will often see/hear us say that what we are currently doing is “only the beginning” and to us, that is how we feel every day. Every new place we go and every new thing we see and experience is just the beginning of another story, another chapter in this crazy, floating adventure of ours and we couldn’t be happier to share it with not only one another, friends and family, but all of those we have and will meet along the way. 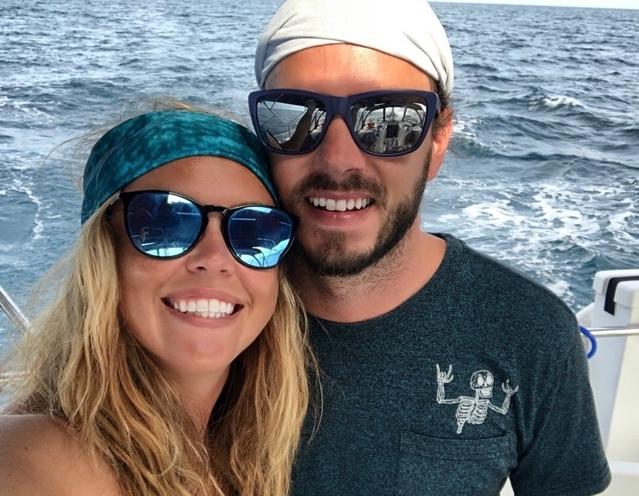 Two very happy sailors somewhere in the Pacific off the coast of Mexico having the most amazing sail.